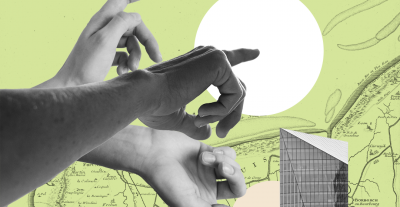 Nine reputable researchers spread around the Nordic countries are now reviewing the applications for the research programme, Future Challenges in the Nordics. A total of 449 applications were submitted by the deadline of 15 February and those will be reduced to around 30 that will be invited to submit a second application in the next round.

The research programme will grant a total of at least 6 million euros to 6–10 research projects that will focus on current social issues that require more humanities and social science knowledge. The projects should preferably be multidisciplinary, and the project leaders should be linked to universities, colleges or research institutes in Finland or Sweden. Researchers can also be from other Nordic countries or from countries outside the Nordic region.

The members of the expert panel, who are evaluating the applications, are professors or emeritus professors. They have been appointed because of their broad expertise beyond their main subjects comprising among others ethnology, history, health sciences, law, media and communication research, psychology, sociology, linguistics and technology. Out of the nine members, one is from the United States and two are from Denmark, Norway, Finland, and Sweden respectively. The group is composed of six women and three men.

Christer Kuvaja, head of research at The Society of Swedish Literature in Finland and coordinator of the research programme, said that the panel members are anonymous, so they are not exposed to pressure or contacted by rejected applicants who perceive they have been misunderstood. To ensure an ethical selection process, the steering group of the programme has also drawn up rules for the panel in cases of conflicts of interest.

– The panellists will not handle applications submitted by relatives or close colleagues, nor by people they’ve worked with, written something with or supervised. They can also judge by themselves if there are other personal conflicts, said Kuvaja.

Before the nine panellists could get to work, Kuvaja and the chairman of the programme’s steering group, professor Tom Moring, reviewed all applications for distribution among the panellists. Each application will be evaluated by two experts.

– We read the summary of each application to get an idea of ​​each, and in many cases we had to read the research plan to be able to select the right panellist, said Kuvaja. The applications were relatively evenly distributed so that each panellist received about 80 applications to evaluate.

The task of the panel of experts is to suggest which projects the steering group of the programme invites for a second, more detailed application round.

– Each member of the panel picks out ten applications that they think could be eligible for financing. These “top ten” lists are then discussed at the panel’s meeting on 22 April.

During the meeting, the panel  creates a list of the 30 highest ranked applications – an A-list. They must also create a B-list with another 20 suggestions. The steering group of the programme, which  consists of representatives of the financiers, choose about 30 applications from these lists to continue to the second round.

– The B-list is needed if there is not a single application on the A-list that fits in with funding from a certain foundation. The participating foundations have different purposes that to some extent limit what they can finance. In that case, the steering group has the opportunity to pick applications from the B-list instead.

Of the applications, 262 came from Sweden and 187 from Finland. Most projects have researchers from at least two Nordic countries. After the first review, Kuvaja was satisfied with the quality of the applications.

– There was not one single application that stood out; instead there were 30–40, or more, very good applications.

The steering group of the programme meets at the end of April to decide which applications are invited to the second round. Those who are invited and those who are rejected will be notified of the decision at the beginning of May. The second stage starts on 15 May and applications must be submitted no later than 18 June.

M.Soc.Sc. Nina Edgren-Henrichson works as Project Manager in the field of research at The Society of Swedish Literature in Finland. Nina specializes in research communication.

Future Challenges In the nordics

How is the programme financed?

What is Future Challenges in the Nordics?

The research programme finances a set number of research projects. The aim is that the research benefits society by producing findings that are easy for citizens and decision-makers to access.

The Society of Swedish Literature in Finland