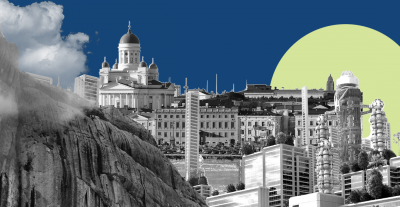 Soon it will become clear which projects will be funded within the research programme, Future Challenges in the Nordics. The expert panel and the steering group have given their verdicts. Now the boards of the financiers must decide on the steering group’s proposals, and if everything goes as expected eleven projects will be informed by the beginning of December that they will receive funding.

The steering group of the research programme Future Challenges in the Nordics met at the end of September to select the projects they thought should receive funding. The group had 15 project applications to go through, selected by the Nordic expert panel from 28 that had made it into the second application round.

The boards of the financiers have the final say

The research programme’s steering group proposes that eleven projects receive funding. The steering group will not yet make details public that can reveal which projects are selected, but will make one announcement after the decision of the final financier’s board.

Torbjörn Eng, research secretary at Riksbankens Jubileumsfond in Sweden and the representative of the foundation on the steering group, is however, able to offer up something.

“There are a couple of things I can note. The gender distribution is interesting because seven of these projects have female project managers and four are led by males. I also have the impression that there are quite a few slightly less senior project managers who will receive funding. There are also more Swedish universities getting funding than Finnish ones.”

The steering group has five members who represent the participating financiers. The largest single financier is Riksbankens Jubileumsfond, which originally participated in the research programme with 15 million Swedish kronor. After the first application round in the spring, the board of the foundation decided to provide extra financing and doubled their contribution to 30 million kronor. Eng explains why.

“One reason was the enormous interest and demand; the fact that we got almost 450 applications. After the panel had made the first selection, we could also see that the applications were of good quality. The first application round also showed both a huge need in the Nordic research world and a readiness among researchers to submit high quality applications.”

Moreover, the other financiers – the Society of Swedish Literature in Finland, The Finnish Cultural Foundation, The Swedish Cultural Foundation in Finland and Stiftelsen Brita Maria Renlunds minne – decided to raise the maximum amounts that they were willing to contribute towards the programme. Furthermore, an additional financier may join, but it will not be confirmed until the end of November. The total amount of funding can therefore reach as much as 10 million euros, when all decisions have been made.

The panel of experts ranked 15 projects

The expert panel that evaluated the project applications for the research programme got together at the end of August to select and rank 15 of the 28 applications in the second application round. The three applications that the panel thought were the very best were not ranked since the steering group had decided that those would be funded. But the rest were ranked from 4 to 15.

Christer Kuvaja, coordinator for the research programme and head of research at the Society of Swedish Literature in Finland, says that the members of the panel could quite easily agree on which of the 15 projects should be put forward to the steering group.

“They also agreed on the top 3 quite fast, but to rank the following 12 from places 4 to 15 took a bit of time,” Kuvaja says.

“One should remember that there were 449 applications to start with and the panel thought that all 28 remaining applications were good ones. The longer application in the second phase gave a much better understanding of the quality of the projects. The selection was heavily based on the research plans, but also on, for example, the composition of the research group and the project manager’s competence to lead a project of this kind.”

The announcement, application and selection process has been long and it has been instructive for the participating financiers.

“Not only do we jointly frame an important research field in which we want to stimulate knowledge development with research funds, but such cross-border collaboration also develops us financiers,” says Eng.

“Through these processes we learn from each other how we should make the announcements, how the applications should be prepared, how the reviewing panels should be recruited, how decisions should be made and so on. We have taken on an important exchange of information and can certainly build and develop new collaborations in the future. This aspect is definitely worth highlighting here,” he says.

Now the final decision lies with the boards of the financiers. At the beginning of December, once all the boards have gathered, the chosen projects will be revealed.

M.Soc.Sc. Nina Edgren-Henrichson works as Project Manager in the field of research at The Society of Swedish Literature in Finland. Nina specializes in research communication.

Future Challenges In the nordics

How is the programme financed?

What is Future Challenges in the Nordics?

The research programme finances a set number of research projects. The aim is that the research benefits society by producing findings that are easy for citizens and decision-makers to access.

The Society of Swedish Literature in Finland